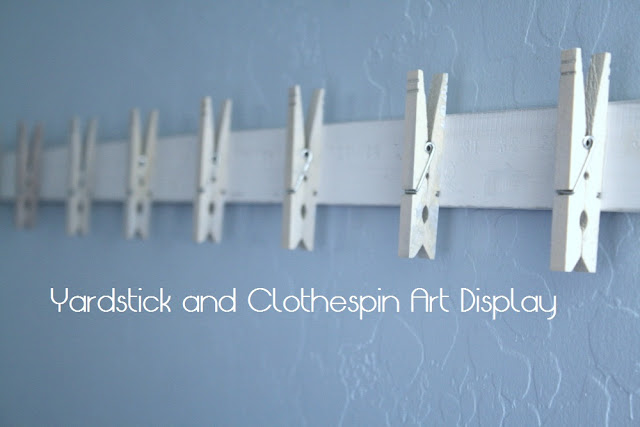 I had seen a couple of art displays made of yardsticks and fun colorful clothespins. I thought they were really cute and a great idea, but I wanted to change it up a little. I wanted to make mine a little bit more neutral for a couple of reasons. First, it would be for my 8 year old boy, who is growing out of the more juvenile color schemes; and second, I wanted the art to be the real star. So here is my take on the yardstick and clothespin art display. 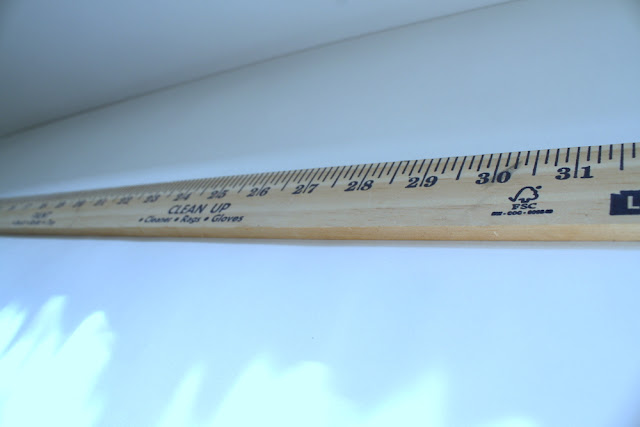 First, I got a good yardstick. I picked mine up at Lowe's. I think it was around 75 cents. 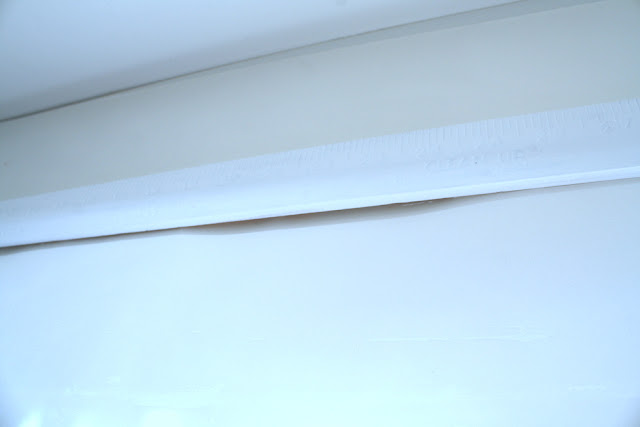 I painted the yardstick white and let it dry. When it was done drying I decided I wanted the number and hash marks to show up a bit better and it was a bit too crisp and perfect for my boys' room. 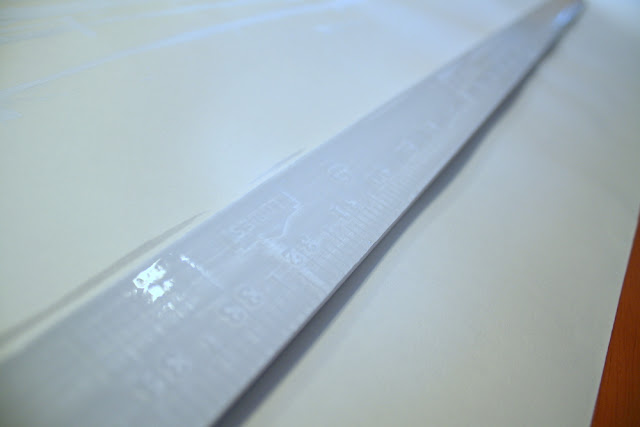 So I combined some gray paint with some water (about 1:1 ratio), and painted over the yard stick again. I let this sit for about 2-3 minutes. 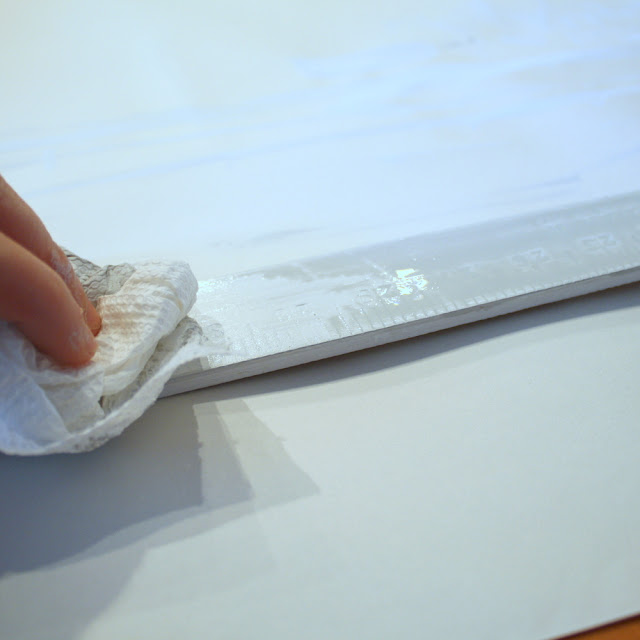 Then I took a paper towel and wiped the paint off. The numbers and markings started to subtly show up. Perfect!! 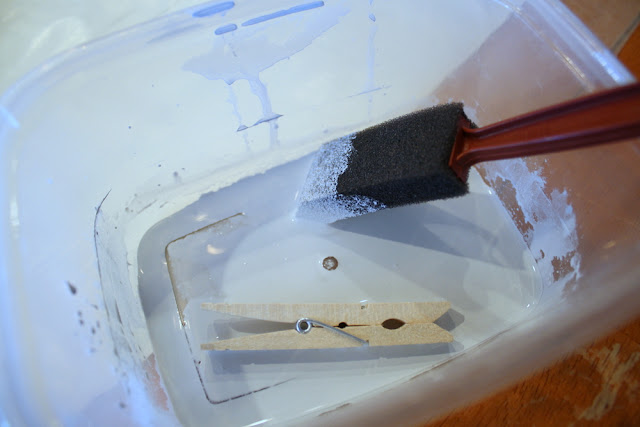 Then I took nine clothespins and dunked them in my paint/water mixture. (One at a time). I decided to use this mixture, because I wanted the clothespins to be tinted, rather than painted. Plus - it was really easy ;) 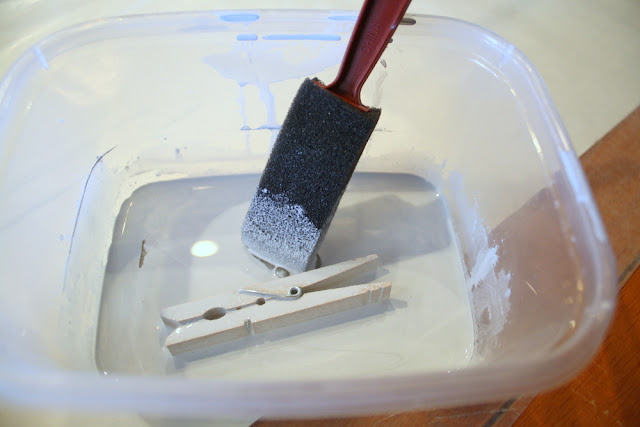 I made sure the clothespins were completed covered and then pulled them out and let the excess paint drip off for a second. 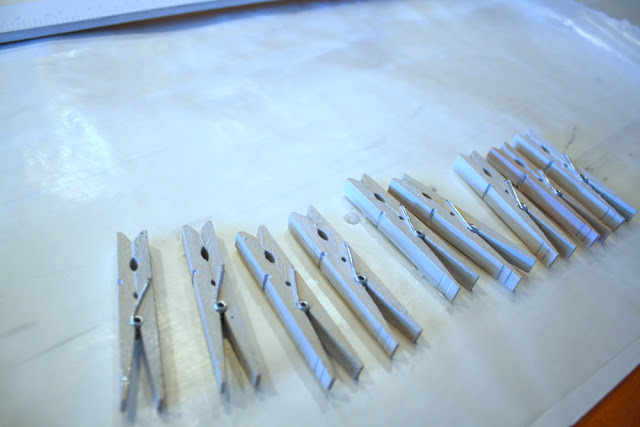 Then I put them on wax paper to dry. I turned them over after the top seemed dry and let the underside get some good drying time too. 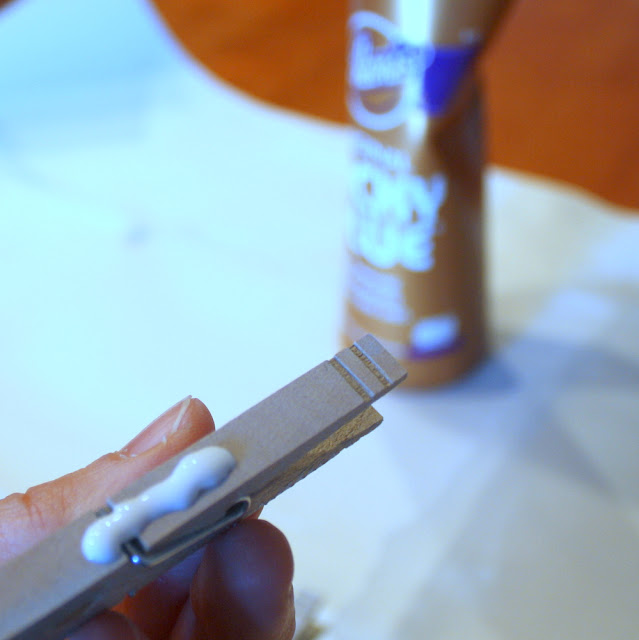 Next, I took some tacky glue and put a bit of it in the middle of the less pretty side of the clothespin. 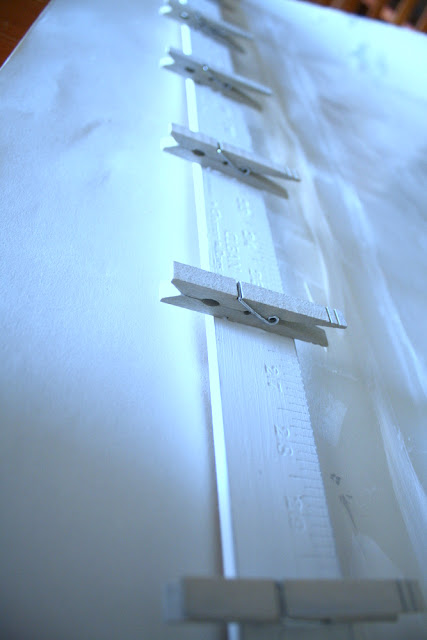 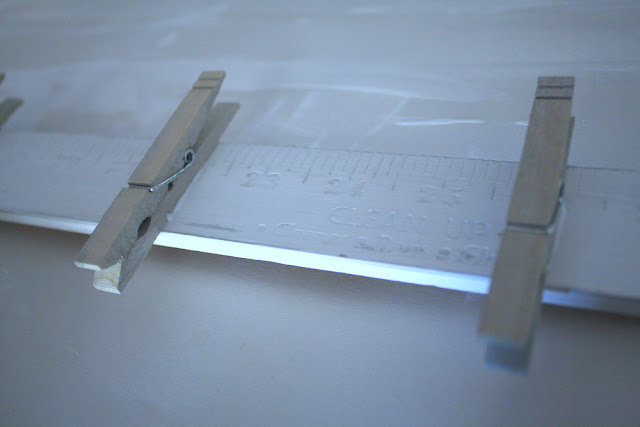 I let the clothespins dry overnight. 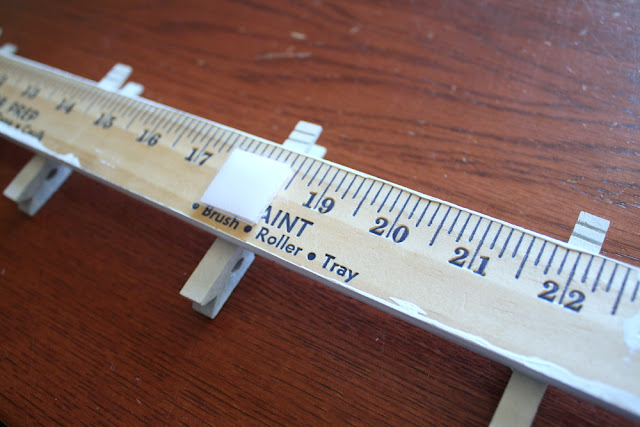 The next day, I flipped the yardstick over and attached some peel and stick velcro to it at the 2, 18, and 34 inch marks. (If you are in a rental, or are worried about damaging your wall, you will probably want to use command strips.) 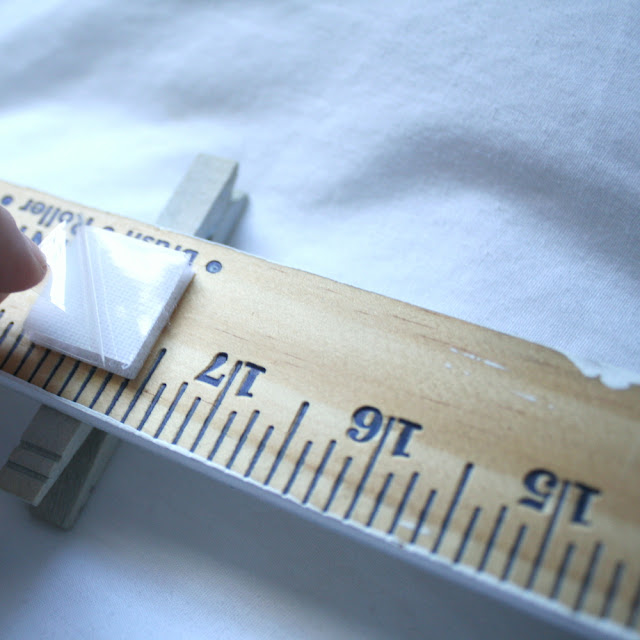 I marked the wall, to ensure that I put the yardstick up straight and then I removed the plastic, to expose the adhesive on the other side of the velcro. 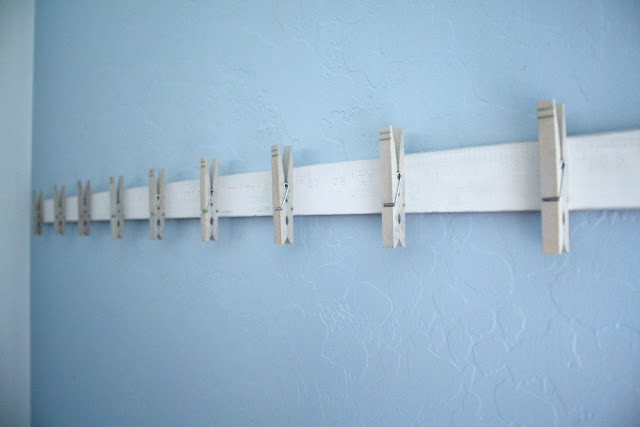 I matched the yardstick up with my markings and stuck it to the wall. 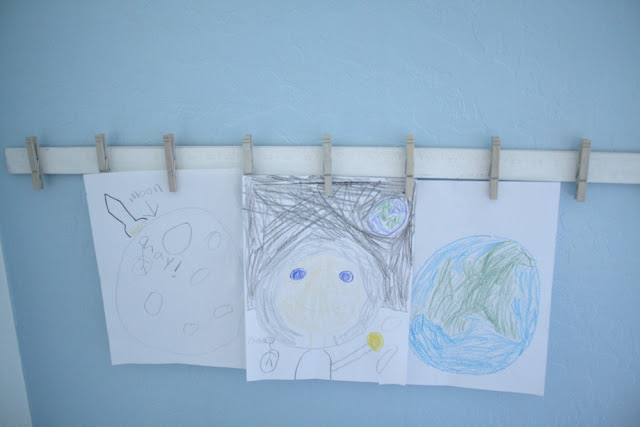 My son added some of his latest works.

He loves it and so do I.