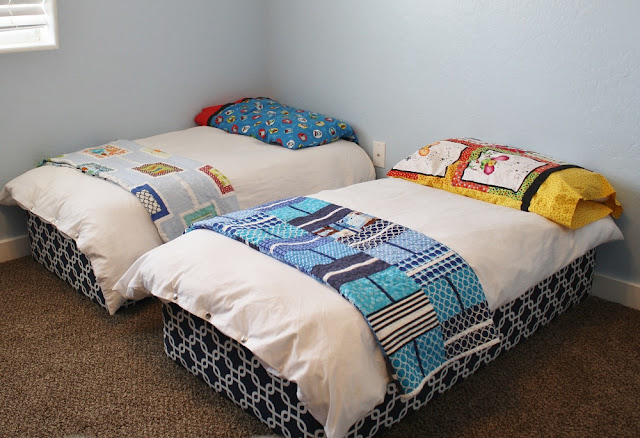 About a month ago I decided that it was time that my baby be moved out of my room.  The only problem with this is we live in a three bedroom home.  The other two bedrooms were already filled with boys.  For me, it never works to have a baby in a room with older siblings. So, in order to get the baby into a room of his own, meant that all four of his older brothers would need to share a room for awhile.  We already have bunk beds in that room for my two older boys, but I felt the room was too small for another set of bunk beds, so my initial inclination was to buy a trundle bed for the other two boys.  When I got pricing them, I discovered that by the time I bought the bed, trundle, mattresses and bedding, we were way, way, way out of my price range.  My next thought was maybe we should buy a couple of toddler beds, after all my boys are only 4 and 2, so they could fit into the toddler beds for awhile and then of course when my four year old outgrew his, my baby would be big enough to use it.  I also knew that crib sized matresses and bedding are much cheaper than twin sized.  Well, as I got looking at toddler beds, I found that everything I liked was way out of my price range, and even the cheap little toddler beds were on the expensive side when you multiply everything by two.  Then by some miracle, I ran onto this tutorial at Design Mom on how to build two toddler beds for $75.  I thought they were adorable and knew this was my answer.

My husband helped me build these.  It took about an hour one afternoon to build the frames and then about an hour on another afternoon to upholster them.  I think they turned out great and my kids (all of them) love them!!!  They actually cost a little under $100 to build both of them (and that was using some items we already had on hand), but that was still a fraction of what I would have paid, had I purchased two little beds.  The only change we made to her instructions was to add some lumber down the middle of the bed to reinforce it.  I have actually sat on these beds and my older boys have laid on them without any problems, so they are pretty sturdy little things.  I made a couple of duvets and duvet covers for them, which I will post about another time.  I need to make some cute pillows for them and then we will be all set.  All in all, I am completely happy with this project. 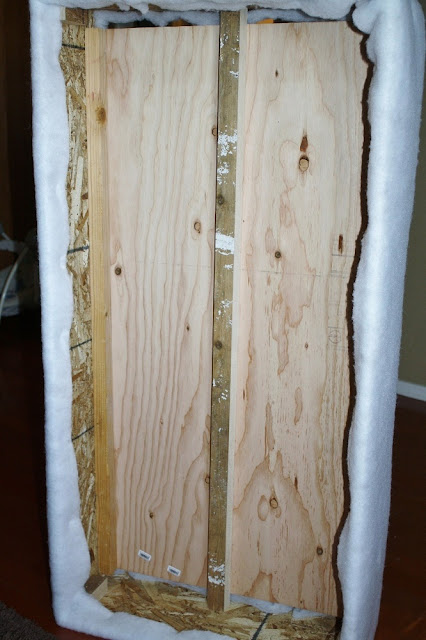 This is the reinforcement that we added to the beds.  Just a 2x2 piece of wood down the center of each. 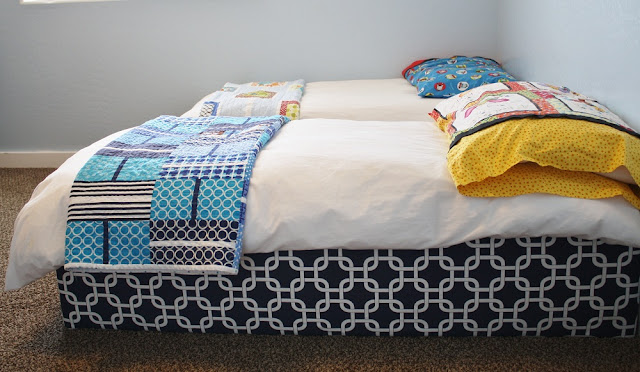 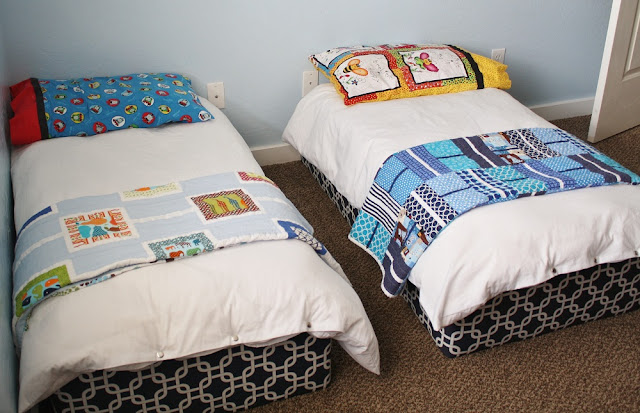