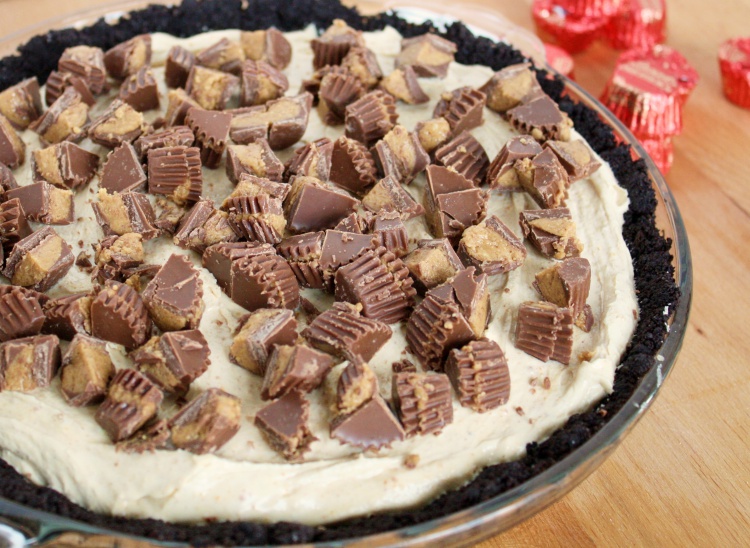 A couple of years ago, my son and I were watching The Pioneer Woman on Food Network.  In the episode, she made her chocolate peanut butter pie.  My son thought it looked great, and asked if I could make it for his birthday.  I told him I would, and when his birthday rolled around, I made the pie just as directed.

We all tried the pie and while we agreed the flavor was delicious, we couldn't get through more than a couple of forkfuls due to it being so sweet and so rich.  I told my son, that if I ever made it again, I would make some changes to try to combat the pie's over-sweetness.

A few weeks ago, that same son had another birthday coming up and asked if I would try to make the pie again.  It was his birthday, after all, so I told him I would give it another go.  I made a few changes, like decreasing the sugar; using natural peanut butter instead of the sweeter, more processed stuff, and adding a little salt to both the crust and the filling.

While the pie was still incredibly rich, the sweetness factor was cut down considerably and we could actually eat an entire slice.  Don't get me wrong, this pie is still plenty sweet, and I made it even sweeter by adding chopped up peanut butter cups on top to make it a touch more festive for my birthday boy.  I personally, think it would be better without the pb cups, but my husband and boys loved them.  In any case, we all loved the pie.  The flavor is just perfect and this time, the whole pie got eaten!

So, here is my, less sweet, version of the Pioneer Woman's Chocolate Peanut Butter Pie. 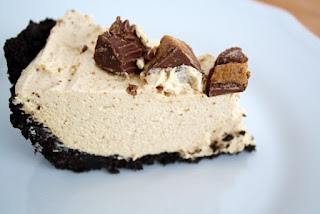 Click here for a printable copy of this recipe.

Grind up the cookies in a food processor or blender until they are fine crumbs.  Pour into pie plate.  Then add melted butter and salt and mix until thoroughly combined.  Press into the pie plate and bake at 350 for about 5 minutes.  Remove from oven and allow to cool completely.

With your whisk attachment on a stand mixer, cream together the peanut butter and softened cream cheese. Add the powdered sugar and salt and beat well.  The mixture will probably look a little scary at this point, don't worry, just keep mixing.  Finally add the cool whip and whip at the highest speed until light, fluffy and creamy.  Pour into pie shell.  Smooth out and chill for at least a couple of hours before serving.

This less-sweet version of Peanut Butter Pie was perfect for us!  We can't wait to make it again. 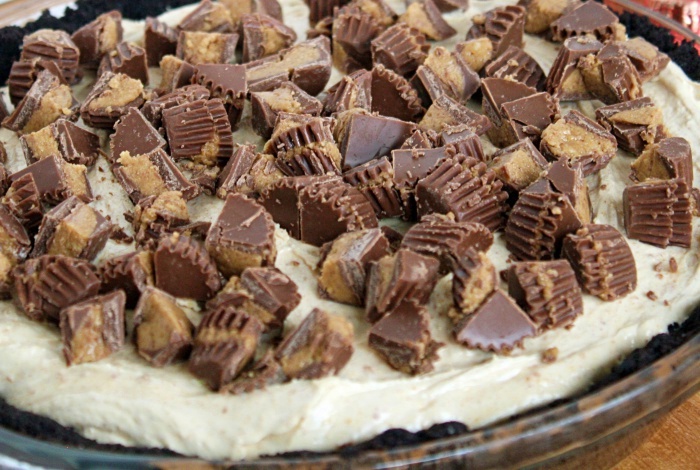